A full backup is the most complete type of backup an organization can undertake to protect their data. Where incremental and differential backups focus on copying data that has been recently modified, a full backup copies the data in its entirety – regardless of whether or not it changed since the last backup.

That doesn’t mean every little thing gets copied over. Key elements such as operating systems, applications, and other software aren’t typically copied during a full backup. While these elements might be needed for disaster recovery, other methods, like disk mirroring and disk cloning, are used to copy and back these up.

Data specialists and administrators oversee the backup process with the help of data backup software, which allows them to manage the process by selecting what files are copied, the backup destination, and even the media that data will copy to. This software helps catalog what data was backed up, when it was backed up, and what locations it was copied to.

While each system will have its own set of requirements for how to create and implement full backups, the dataset should always be copied in its entirety and stored “offsite,” or in a separate location away from the server. This will protect your data if server failure occurs and allow it to be immediately accessible for the data restoration process.

How to perform a full backup

The full backup process involves a series of 6 steps:

It is important to note that most backup systems have a post-backup database checker which ensures that data has not been corrupted. Additionally, all of the associated metadata to ensure proper storage and retrieval of the backup are encoded in the full backup in the event that restoration of data is required.

Other types of backup

Besides full backups, the other two major types of data backups organizations perform are incremental and differential backups.

However, using only an incremental backup system for protecting data files is not a great idea, because recovery requires gathering together data from multiple backup sets. And in the event that a backup set fails, you will have incomplete data recovery.

Benefits of a full backup

Since there is only a single backup performed, which includes a complete replica of all files and folders, restoring data from a full backup is relatively quick. Full backups also allow for easy access to the most recent versions of assets and containment of all backups in a single version. Version control is simplified in full backups, and is therefore very easy to manage. Everything is easier to locate as it all exists on the same storage medium.

Full backups are an efficient choice if your organization has highly active “write activities,” meaning that databases and applications are frequently being updated with new data. Another reason you might choose to do full backups over other types is that your organization cannot tolerate any downtime. Since full backups occur fairly quickly, as they do not require the combination of various types of backup files, they are a low-risk choice.

Drawbacks of a full backup

Since everything is backed up in a single go, a full backup takes longer than other types of backups. And because many organizations record mountains of data assets, full backups can take quite a long time.

As hard drives and solid-state devices have grown increasingly commonplace and become more technologically advanced, storage capacities have likewise increased. Data processing has boomed, and businesses’ data assets have swelled to the point that daily full backups cannot be completed between the close of business and the reopening the next day. It is now too time-consuming to be consistently implemented.

One other downside of full backups is that they have the potential to overload storage space. That said, organizations still perform full backups, just not as frequently as they once did. Full backups are now generally used in combination with other types of backups, a process referred to as “mixed backups.” 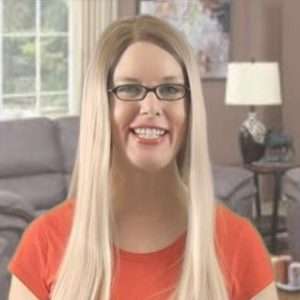 Regina Minton is a professional writer and researcher with five years of experience writing on topics such as technology, real estate, and finance.

1 thought on “Full Backups: Everything You Need to Know”